Joe teaches fly casting, fly tying and many fishing clinics and schools across the West each year.

Dangers In The Outdoors is Joe’s first attempt at a book that doesn’t have anything to do with fishing because there was a "need for it!”

Joe has survived some of the life’s scariest moments and has lived to share his wisdom on outdoor dangers that we could all face at some point in our lives! He has a knack for sharing his adventures and incorporates them into a book that could very well save you or a loved one’s life!

Joe Butler still hosts trips to some of the best big fish waters on the planet!  Be sure to check availability on Joe's latest Fly Fishing Trips.

Need a fantastic presenter for your next event?   Joe is a dynamic speaker and is always willing present and share his knowledge and experience with everyone.  Contact Joe for a book signing or speaking events. 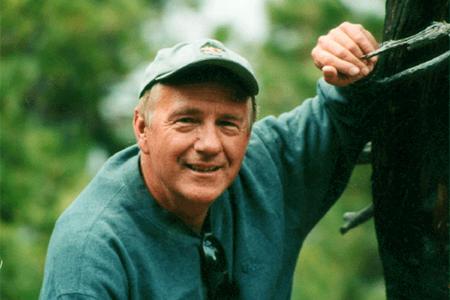 Joe was born in 1944 in Chicago, Illinois. He went to St. Michael’s Catholic School for three years and then onto public schools in Aurora, Colorado to graduate in 1962.

Joe was drafted in 1967 and served in Vietnam from 1968 to 1969, U.S. Army Honorably discharged as a Sgt. E-5. Joe came home to his old job at PIE Truck Line, and then he went on to have four children; one boy and three girls.

After three years of college, he started his own fishing business and has been at that for almost 40 years.

Joe caught the world record brown trout, a 27 lb. 3 oz. Monster, at Flaming Gorge Reservoir in 1978 on a fly. It is still the North American record for fly fishers.

Joe has written five other books with the most recent being “Big Trout on Flies.”

Joe has been a long time instructor and still hosts his “big trout” trips across the USA to favorite destinations, which offer an opportunity to catch huge trout.

Featured in Wild on the Fly Magazine – On location at the tributaries of Lake Ontario, New York. Co-host on “Colorado Outdoors” TV in 1995 for thirty weeks.

Front page appearance on Fishing and Hunting News “Where & How to Catch Kokanee at Eleven Mile Reservoir.”